The first few months of my contract, most ports were South Pacific islands. Due to rehearsals installing production shows and mystery dinner theater, I didn’t often get off and explore. I did, however, have a few standout days in Lautoka, … END_OF_DOCUMENT_TOKEN_TO_BE_REPLACED 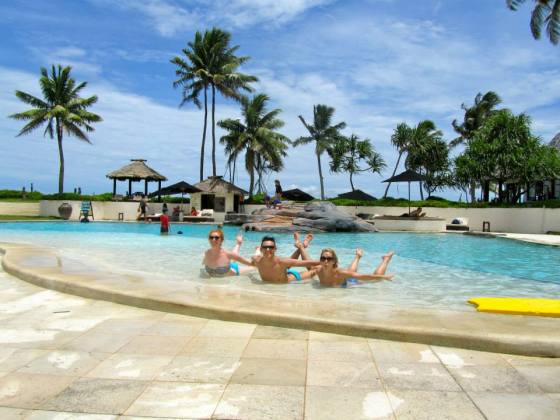 My second to last cruise on the Voyager included a stop in Suva, Fiji.  I got off the ship with a small group of my fellow dancers, with plans to meet some other friends at a resort.  Upon talking with a cab driver, we learned that the resort we had planned to go to was on an island accessible only by boat, so we set off for a different hotel, The Pearl South Pacific. 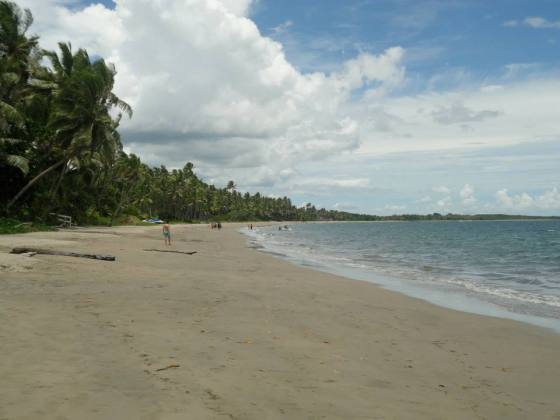 Our driver was quite a character.  He admitted to liking crew members better than guests, because we asked less questions.  Just because we weren’t asking questions, doesn’t mean we didn’t get answers!  For the entire 45 minute drive, the only time he shut his mouth was when he ran into a gas station to get a Fijian brand of Cheetos for us… without us asking. 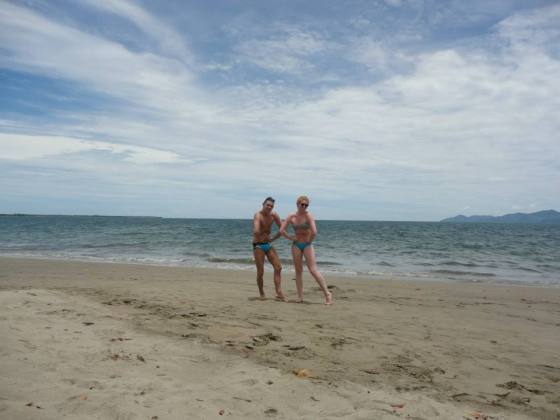 We started with lunch, a cocktail and fish burger, then hit the beach.  The water was warm and beautiful!  After about an hour, I decided I needed some shade, so we went by the pool to find me an umbrella.  Shortly after we relocated, it started to thunder.  Minutes later, the skies opened up!  There was thunder, lightning, and pouring rain. 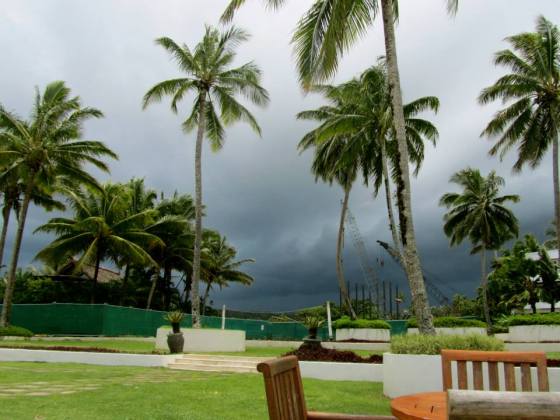 Surprisingly, we were pleased rather than bothered by the storm.  After spending so much time inside the ship, the sound and smell of rain were oddly comforting.  We sat by an open window until the rain died down, then found our driver to head back “home”.

It was a great day with a fun group of friends.  I highly recommend this resort if you ever find yourself in Suva!

On our most recent stop in Lautoka, Fiji our Cruise Director, Luke, organized a cruise division outing to a nearby resort called First Landing.  We had shuttle service to and from the resort, as well as a buffet lunch.  This was the first day I was able to get off the ship in Fiji, and I loved every minute of it! 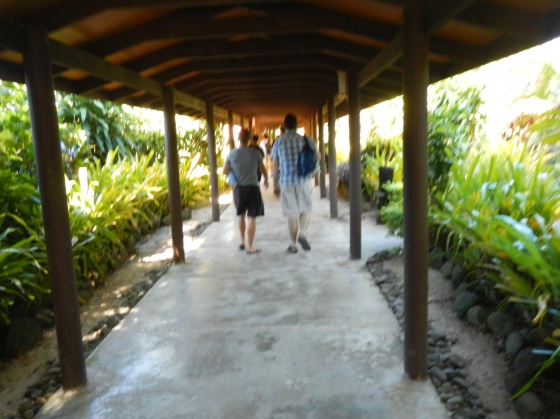 The resort had a large pool with a volleyball net, an outdoor bar, attentive albeit slow servers, beach access, kayaking, and even a small putting green.  I started the day with a dip in the pool, and soon after grabbed a cocktail. 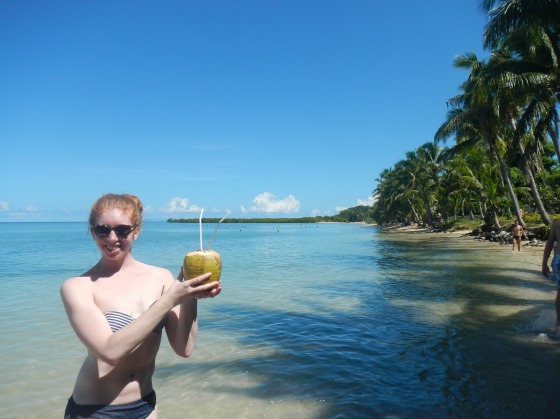 Cocktail in a coconut

After a game of volleyball, I joined some friends on a stroll down the beach.  The tide was in, so there wasn’t much sand, but the water temperature was perfect for wading in. 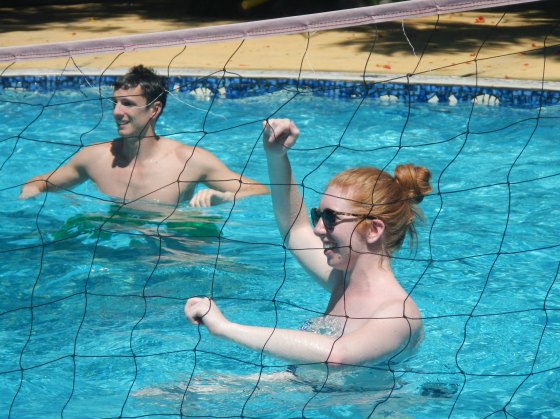 Lunchtime came quickly, and was followed by an attempted nap by the pool.  There were too many distractions, so I quickly gave up and went to watch some of my friends attempt to kayak.  Some were more successful than others!  Next time I’m in Fiji I’ll give it a shot myself. 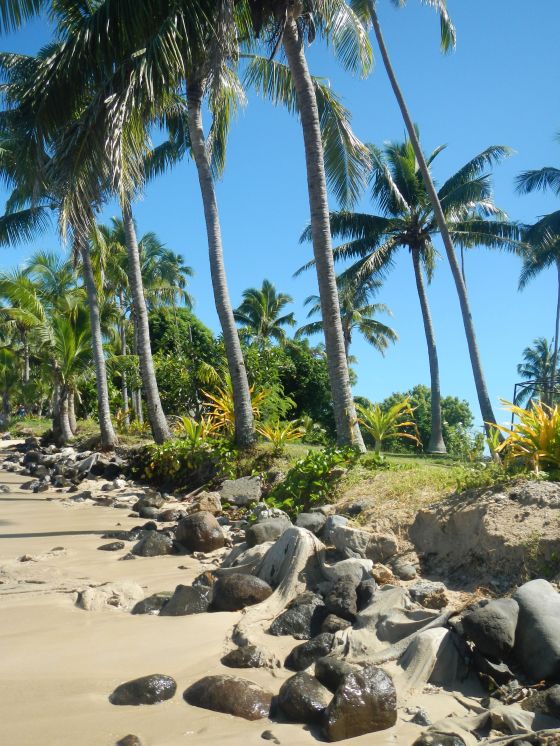 The afternoon ended with a drink on the beach and another brief swim in the pool.  The bus ride back to the ship was slightly uncomfortable because one of my cast-mates dunked me in the water just before we left, but the day overall was practically perfect!  I’m looking forward to returning to First Landing next cruise!

Hanging by the pool