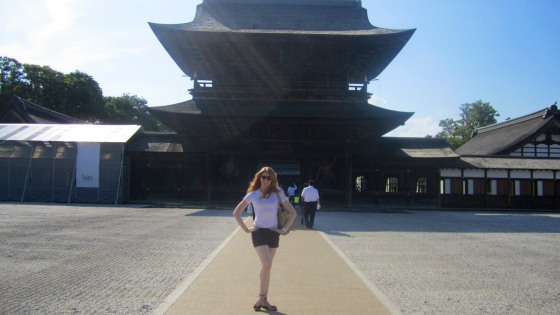 In front of the Takaoka Mountain Zuiryuji temple

About 2 weeks ago we stopped in Toyoma, Japan for the day.  I got off the ship with a few girl friends to find internet.  After failed attempts to get online at a mall, we made our way to the Takaoka Mountain Zuiryuji temple, a beautiful Buddhist temple built in 1659. 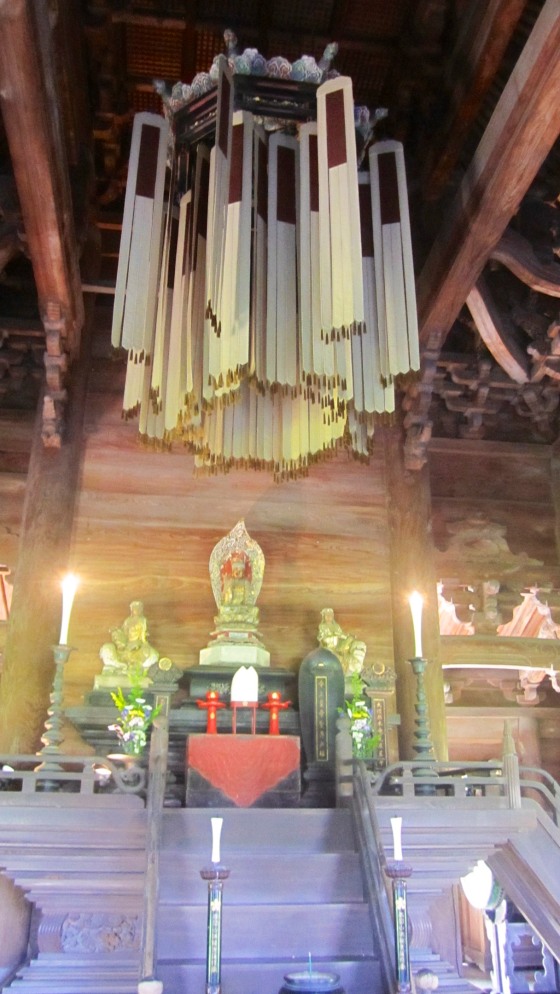 We unfortunately didn’t spend much time exploring the grounds, but I was happy to at least see the temple.  It reminded me of my trip to Japan last March.  I went to about 10 temples during that week long trip!  This one was smaller than most of the ones I saw last year, but was just as impressive.

Another view of the gate

Later in the same cruise we had an overnight stop near Sapporo.  I had to be back on the ship to do mob dance at 10pm, so I was unable to go into the city.  I got off the ship with the intention of getting dinner with friends, but our cabs got separated.  I was dropped off at a random shopping center, complete with a supermarket. 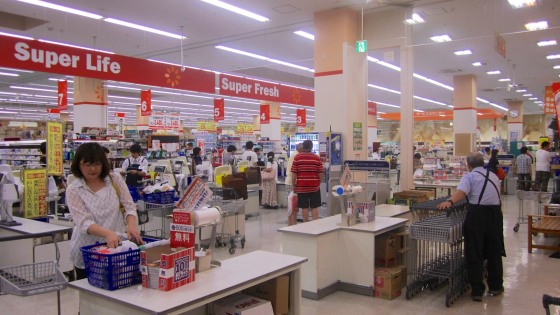 After wandering aimlessly with a couple friends, we ran into other cast mates.  We grabbed a snack, then decided to leave the shopping center and see what else we could find!  We passed some interesting looking restaurants and small shops, then came across an arcade.  Embracing our inner children, we went in to play! 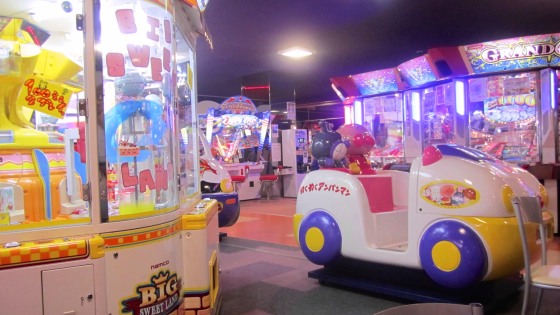 The young woman working at the front desk told us in broken English that we needed to use on of the photo booths.  We ended up with some really cute pictures!  Our last stop of the night was a little restaurant where I had the best salmon sashimi I’ve ever tasted!

The next day I got off the ship again to find a bath house.  We arrived before it was open, so we walked up the street and found a little aquarium. 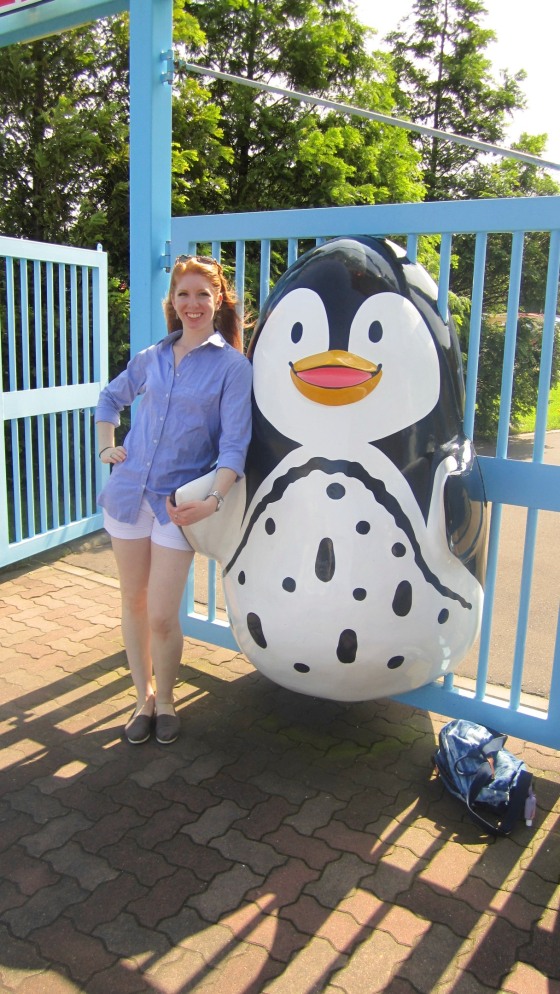 It was much smaller than aquariums I’ve been to at home, but had some really interesting fish!  There was even a tank that you could stick your hand inside and little fish would nibble off your dead skin.  It felt so weird! 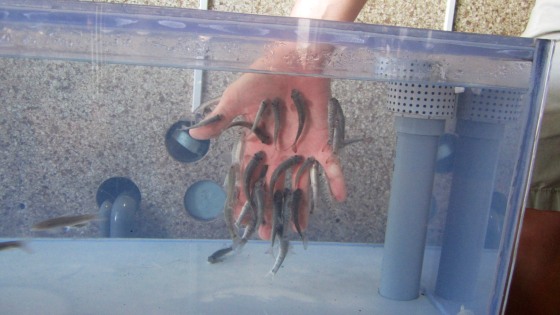 Outside there were penguins and seals playing around.  The penguins seemed to have a choreographed act.  Anytime one started jumping, the whole tank would.  Then one would slow down and the others would follow suit.  Next they’d start racing, then it was back to jumps.  They were so fun to watch!

Also outside was a bounce house!  This was not just any bounce house… it was fish shaped!  I, of course, had to go in and play! 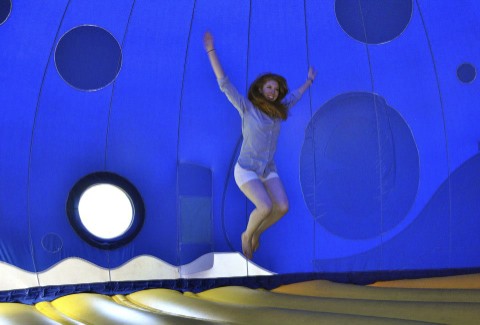 After bouncing around for a bit, we walked back to the bath house.  My friend and I were the only Westerners in the women’s area, and felt a little clueless.  We enjoyed a dip in an indoor hot tub and an outdoor hot tub, went in a sauna, cooled off in a cold bath, then joined our male companions in the sun room for lunch.  I had a delicious soba noodle soup, then headed back “home”.

This was a much more tame experience than my last overnight port, but was wonderful!  I have loved every port so far in Japan.  Next post: Nagasaki!

One thought on “Turning Japanese”