After months in Asia, we have now moved on to Australia season!  Our first port was in Darwin on Halloween.  A few friends decided to take it easy at a nice public pool near the ship, since we were all a bit sleep deprived after the Halloween party the night before.  I opted to go into town and visit Crocosaurus Cove, a zoo of sorts, full of crocodiles! 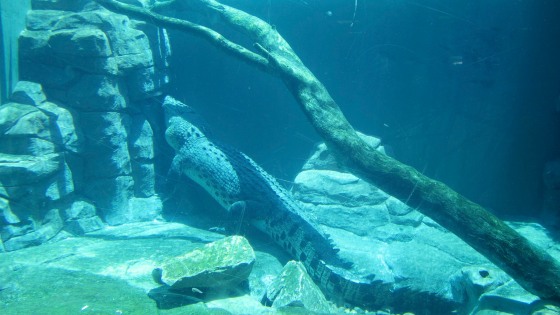 There were crocs of all ages and sizes.  I was able to poke my head up through a glass dome and be face to face with some babies.  I walked under a massive crocodile swimming in a tank, but chose not to go in the Cage of Death, a glass tank that would put me in the water with him.

One of the most exciting parts of the day was feeding some of the young crocodiles. I dangled a fishing pole with ox heart over the glass wall of a small platform and waited, momentarily, for the crocodiles to jump up and get it.  I shrieked quite a bit, but in retrospect, it was pretty cool.

Feeding the little ones

The other terrifying but awesome experience was holding a baby crocodile named Fuzzy.  One of the employees guided me through a photo shoot with him.  I put him on my shoulder, draped him over my head, and even gave him a little kiss.  Even though his mouth was held shut with a rubber band, I was uncomfortable with his face so close to mine! 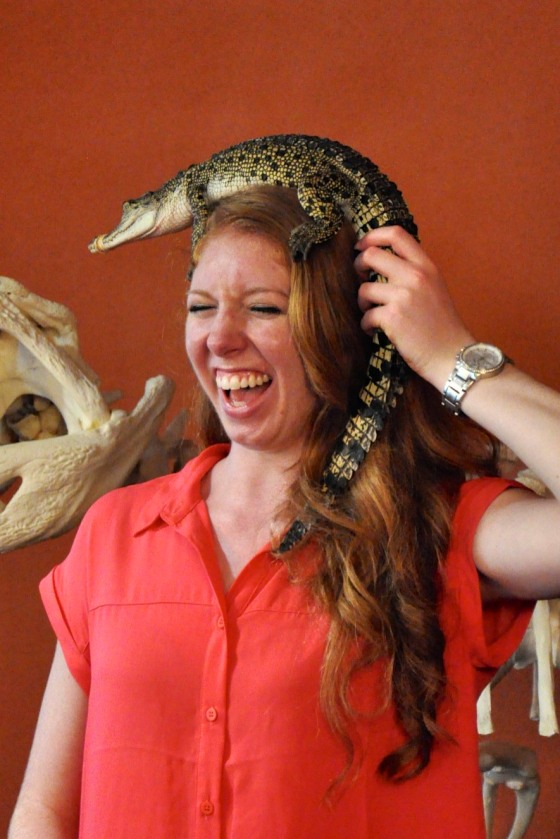 We ended the day with lunch at a pub and a bit of shopping, then went back on board to catch up on sleep!