I have really been slacking on the job lately! I’m finally getting around to writing about my adventures in January. I know you all have anxiously been waiting to hear where I’ve been, and I’m happy to assure you, the wait is over! This is just the first of 4 posts headed your way.

Right after New Years, I took the train from Virginia up to New York. The trip was originally my sister’s idea, but she spent the weekend with her in-laws instead. Since a few of my friends from SF were going to be in New York, I decided to still go up and enjoy a weekend with the girls. 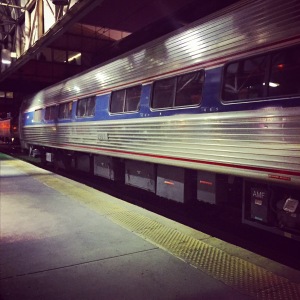 I met up with my friends at one of their apartments in Soho. After dropping my bags, we walked to a couple nearby bars. Since the three of us are all whiskey drinkers, we started at a bar called Whiskey Town in the East Village. It was a little too loud for our mood, so after a round or 2, we migrated. The next bar, The Copper Still, was cozy, with exposed brick walls, wooden tables, candles, and nice cocktails. I enjoyed a delicious Manhattan (fitting, given my location), before we called it a night. 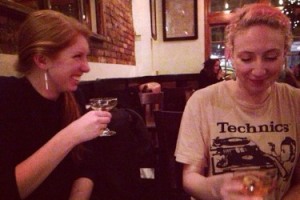 The next morning, I woke up early to meet a friend from my first ship in Midtown. He was one of the singers in my cast, and also served as a sort of big brother if I was ever overwhelmed or in need of advice. We grabbed a coffee and spent an hour catching up before I left to go to ballet class. A couple years ago, I spent 3 weeks in New York doing auditions and workshops, and this class, taught by Zvi Gotheiner at the City Center Studios, is the best I found. If you ever have the opportunity, take this class! Unfortunately, the calendar on my phone didn’t have time zone support, so I showed up an hour late.

I went back to the apartment to get cleaned up, then joined the girls for lunch at Lupa, a nice, but overpriced Italian restaurant. We actually heard the waitress complain that we were “another $30 table”. That $30 value, however, cost us $75. One of the waitresses there had actually been in The Nutcracker with me years ago at Oakland Ballet. Small world! 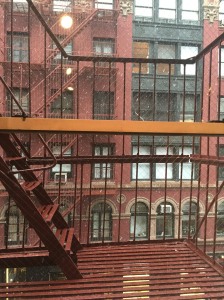 Next, we went to Rye House for afternoon drinks. Whiskey worked well to warm us up! We went to dinner at a delicious Spanish restaurant, Socarrat, and enjoyed vegetable paella and sangria. After spending time in Spain, my standards were set high. This restaurant was pleasingly authentic. Later that night, we met up with some other girls at The Leadbelly, a delightfully hipster bar near Chinatown. It was another late night, but we had a lot of fun. 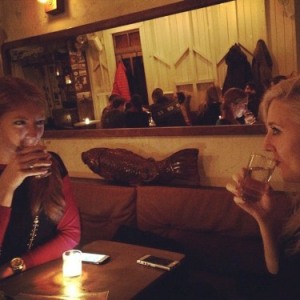 My last day in New York, we rolled out of bed and went out for coffee. Next, we went to the MOMA, a necessary stop for the trio I was traveling in. One is an artist turned fashion designer, one is a graphic designer, and I’m simply an art enthusiast. While appreciating new work and reviewing some of the facts I learned in Art History back in the day, I also conducted a sort of anthropological study. The museum was filled with tourists! Noticing the different nationalities, personality types, and attitudes toward the art was very interesting. I was actually stopped by an employee asking if I was okay. Apparently my thinking face makes me look distraught.

We took a little walk, stopped for a snack at a French restaurant, and then went back to the apartment, where I forced them to watch my videos from the ship. Since we all used to dance together in San Francisco, they had a lot to say about my shows. Later, we walked around the block to get Thai food at Spice, and stopped by a dive bar.

The next morning, I woke up early to head to the airport. It was a quick trip, but was well worth the journey! In the midst of our city walking and bar hopping, we were able to catch up on each other’s lives. Even though the three of us hadn’t been together in years, we were able to reconnect instantly. I know they will be long-time friends, and I’m happy I was able to spend time with them!

Next up… cruising with the boy!