The past few days I’ve had an abnormally light rehearsal schedule.  My free time has been filled with various activities, some more productive than others.  I’ve rested and iced my ankle, but have also had fun going out with my cast mates.  The more I get to know them, the more excited I am for the next 7 months!

My cast at office run #1

Before each cast signs onto the ship, they do an “office run”.  They perform one of their shows for the production staff and the other casts currently in rehearsals.  They can also invite local friends and family members to come watch.  Two casts were leaving this weekend, so we finished rehearsals early on Thursday and Friday and got to watch our fellow performers do their thing!  Thursday we watched the unofficial run of another Broadway show, and ended the day at the office run of a boogie show, set to music from the 70s.  It was a fun, high energy performance.  I’d love to learn it someday, but am not sure I have the stamina it requires!  Friday we saw a show based on a few popular fairy tales.  There wasn’t much dancing in it, but I loved it!  The cast performing was really strong.  It was so nice to see what everyone else has been up to!

On Thursday, my cast finished learning our Broadway show.  We did 2 runs of the full show on Friday.  There will be some very quick costume changes when we put the show on stage, so I’m glad we’re running it a lot now to build up our stamina.  I have a lot of notes to review from last week, but I feel good about what we accomplished in under 2 weeks!  I’m working with a very talented group, and it will only get better from here.

Saturday, the other tall girl in my group and I were not called to rehearsal.  We decided to make the most of our surprise day off, and went out Friday night with another cast to celebrate their upcoming departure.  It was great to meet more performers from the company.  Most of them are re-hires, and they had a lot of great stories to share, and tons of energy!  Saturday I ran errands, did laundry, squeezed in a workout, and had home made chocolate chip cookies ready by the time my cast mates got home. 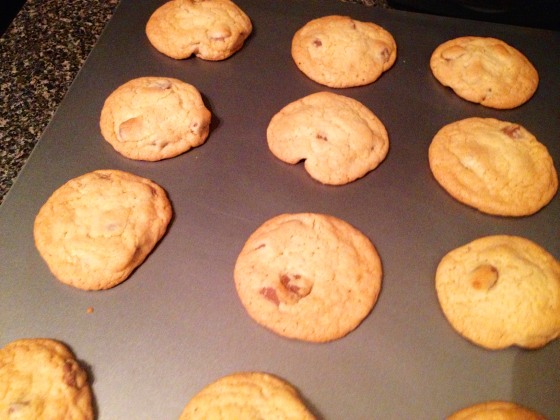 Two members of the cast had birthdays on Saturday, so we all went out to dinner at a local Mexican restaurant.  We got really silly after dinner, and ended up taking over the restaurant, singing and dancing all around!  Some of the waiters even joined in.

Such a fun group!

Sunday I was able to sleep in, went to the pool, and relaxed all afternoon while it poured outside.  Hurricane season in Florida is tough to get used to!  The weather changes in the blink of an eye.  I joined some family friends for dinner, and went to bed early to get ready for rehearsals on Monday.  I’m looking forward to another week and a fun new show!

The cast at dinner

2 thoughts on “Broadway and Birthdays”