Since we signed on, we’ve been in “install”, meaning we are installing the productions in the theater.  Transferring the shows we learned in Florida to the stage is quite a process!  Due to long tech rehearsals, performances, and trainings, we’ve been unable to exit the ship for over two weeks.  Today our rehearsal director is signing off, officially marking the end of our install period.  Trainings and rehearsals will continue, though with less intensity.

La Scala Theater on the Voyager of the Seas. My home theater!

The evening of the 19th we opened our second show, “Music in Pictures”.  In terms of stamina, this show is much easier for me!  I was less nervous than I was for the opening of the Broadway show, so I was able to really enjoy my time on the stage. 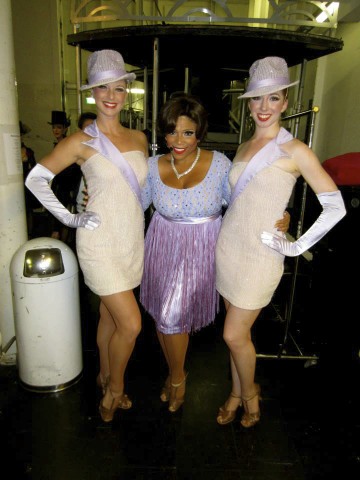 The “talls” and our leading lady

After the second show of the night, we celebrated the opening with a champagne toast and snacks.  It was nice to be able to chat more with the band and production team.  It turns out my Production Manager sometimes works with Texas Ballet Theater!  We have a number of mutual friends/acquaintances in Fort Worth.  What a small world!

The following morning, we had to set the Welcome and Farewell numbers on the stage.  Waking up was rather challenging, so I appreciated that the rehearsal wasn’t too long.  In the afternoon, I completed my Safety Training.  I learned how to properly jump into the water in case of an emergency, how to climb into a life raft from the water, and how to flip a life raft.  After that, I was finally able to get off the ship!

Private tour of the bridge

Check back tomorrow for tales of my escapades in Incheon!

5 thoughts on “Set the Stage”