When we joined the ship, we hit the ground running… or should I say, we hit the water swimming! We were expected to open one show a week for 3 weeks, in addition to fulfilling other requirements onboard. The other … END_OF_DOCUMENT_TOKEN_TO_BE_REPLACED

I’ve now completed my first cruise on the Adventure of the Seas. We’ve been working in the theater every day since we got onboard. During the cruise, we opened two of our three shows.

The ballroom show opened on day 6 of the cruise. Despite some technical malfunctions, the shows went well! A lot of fellow crewmembers came to support us, and the feedback was really positive. We’ll be performing it again the day after tomorrow! 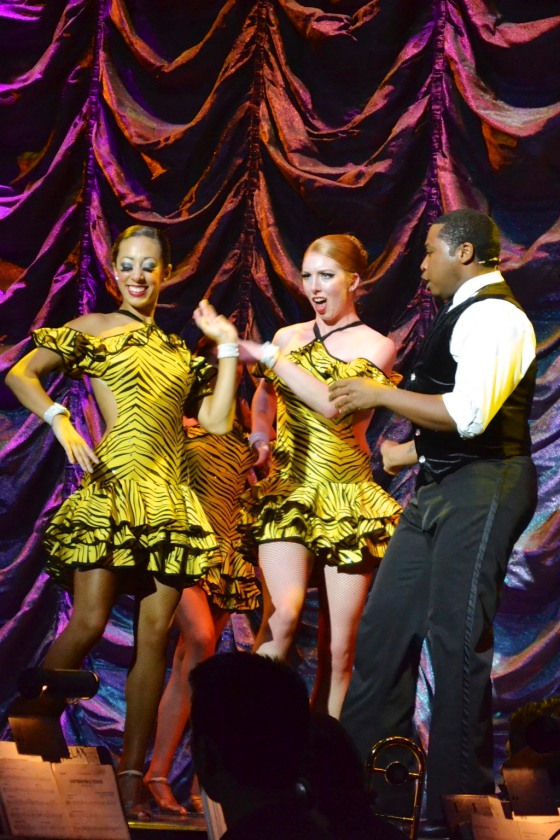 Our rock themed show opened last night, the final night of the cruise. One of the dancers was confined to his cabin due to illness, so we had to re-block the show in the morning. Some of our spacing changed, and people were taken out of some numbers to balance the stage. After 5 straight days of rehearsing the original blocking, we had to work extra hard to make those changes. By the end of the second show, I was mentally and physically drained. Even so, I was pleased with our performances! 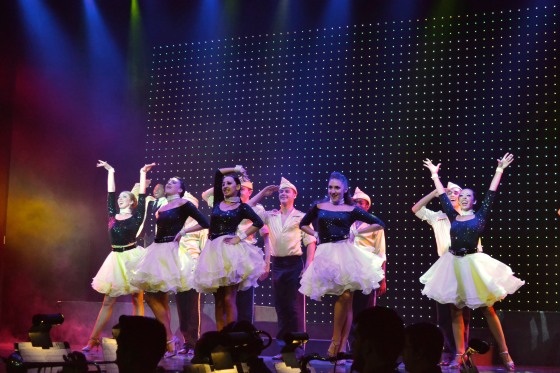 Tonight we have our first tech run of the third production show. We are scheduled to open it halfway through this cruise. We had a costume fitting a few days ago, and now that I’ve seen the costumes, I’m even more excited to get this show on the stage! 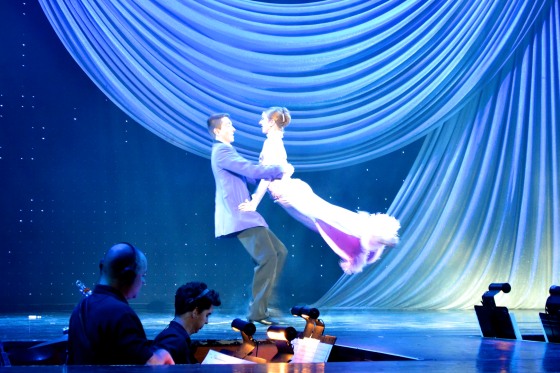 Singing in the Rain

So far, I’m enjoying this ship! The crew is so nice, and what I’ve seen of the ports is lovely. I’m looking forward to having more time to explore in port this cruise.

Since we signed on, we’ve been in “install”, meaning we are installing the productions in the theater.  Transferring the shows we learned in Florida to the stage is quite a process!  Due to long tech rehearsals, performances, and trainings, we’ve been unable to exit the ship for over two weeks.  Today our rehearsal director is signing off, officially marking the end of our install period.  Trainings and rehearsals will continue, though with less intensity.

La Scala Theater on the Voyager of the Seas. My home theater!

The evening of the 19th we opened our second show, “Music in Pictures”.  In terms of stamina, this show is much easier for me!  I was less nervous than I was for the opening of the Broadway show, so I was able to really enjoy my time on the stage.

The “talls” and our leading lady

After the second show of the night, we celebrated the opening with a champagne toast and snacks.  It was nice to be able to chat more with the band and production team.  It turns out my Production Manager sometimes works with Texas Ballet Theater!  We have a number of mutual friends/acquaintances in Fort Worth.  What a small world! 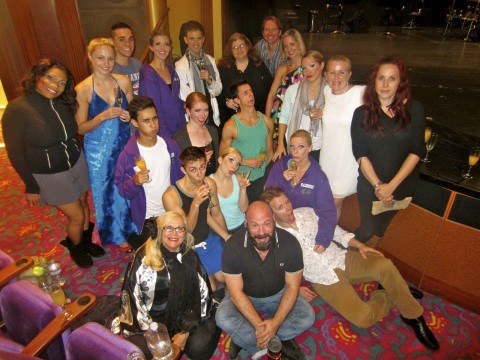 The following morning, we had to set the Welcome and Farewell numbers on the stage.  Waking up was rather challenging, so I appreciated that the rehearsal wasn’t too long.  In the afternoon, I completed my Safety Training.  I learned how to properly jump into the water in case of an emergency, how to climb into a life raft from the water, and how to flip a life raft.  After that, I was finally able to get off the ship! 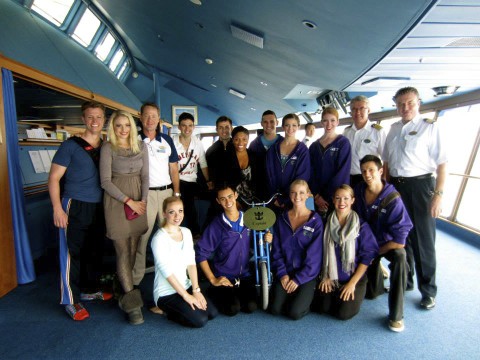 Private tour of the bridge

Check back tomorrow for tales of my escapades in Incheon!