The Voyager in Hualien

Friday morning I was able to leave the ship with a group of cast mates to explore Hualien, Taiwan.  We had heard that there was a beautiful national park in Hualien, so we bartered with two cab drivers to take us around for the day and show us the highlights. 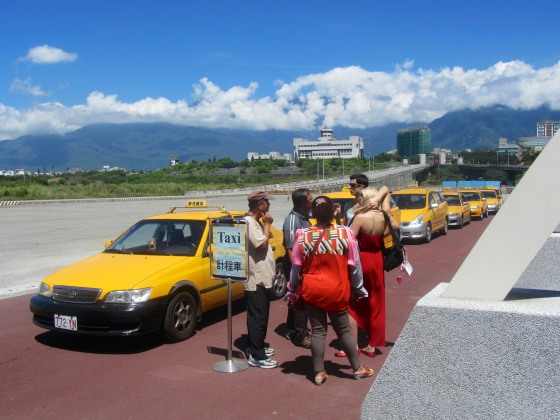 We drove for about a half hour before reaching our first stop: the entrance to Taroko National Park.  There was a Chinese style gate, various statues, and a lovely view of the Liwu River.  One of the drivers proved himself to be an excellent photographer!

At the entrance to the park

Next we stopped at the Tourist Information Center.  There was a market outside with beautiful peaches, small statues, and handmade jewelry.  Inside, there was a model of the park, information comparing the size and features of the park with other well-known national parks across the globe, and display cases of some of the plants and animals. 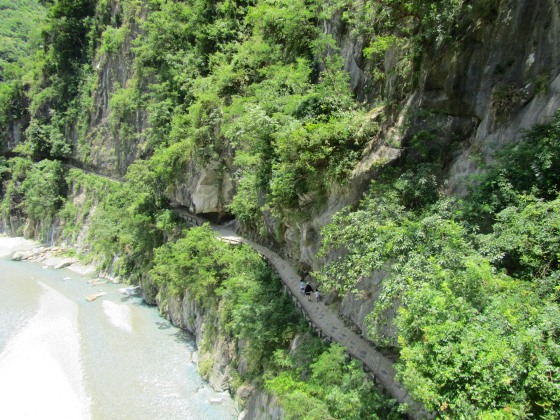 Shakadang Trail, view from the bridge

Our third stop was the Shakadang Trail.  The entrance to the trail was on a large bridge adorned with lion statues.  Each of the 100 statues had a unique face and features.  The trail wound alongside a stream below a steep cliff.  There were butterflies, lush trees, and colorful rocks all around.

View from the shrine

We moved on to the Eternal Spring Shrine.  We followed a short trail across a bridge and through part of a mountain to reach the shrine.  It sat atop a small waterfall on the side of the mountain.  The setting was incredible, and the vibrant colors of the shrine were a stunning contrast to the green trees.

Close up of the Eternal Spring Shrine

Our final stop was the beach.  There was a light breeze coming off the water, which was wonderfully refreshing after hiking the trails!  The ocean and sky were a bright blue, and the beach was made up of small, smooth grey rocks.  We enjoyed sitting down and relaxing by the water before heading back to the ship. 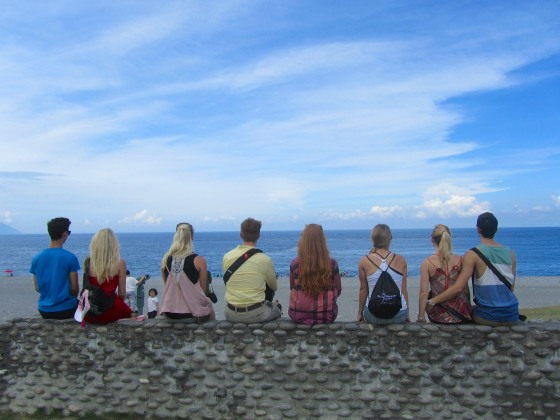 The following day, we went to Keelung, Taiwan.  We drove up to a temple with a large, white statue that you can climb inside.  A friend said it was like “Rio meets New York”, the Cristo Redento combined with the Statue of Liberty.  Surrounding the temple were carnival like games and decorations.  It was really random, but fun to see!  I got to ring the gong outside the temple, which, according to legend, will bring me good luck.

I hit the gong! 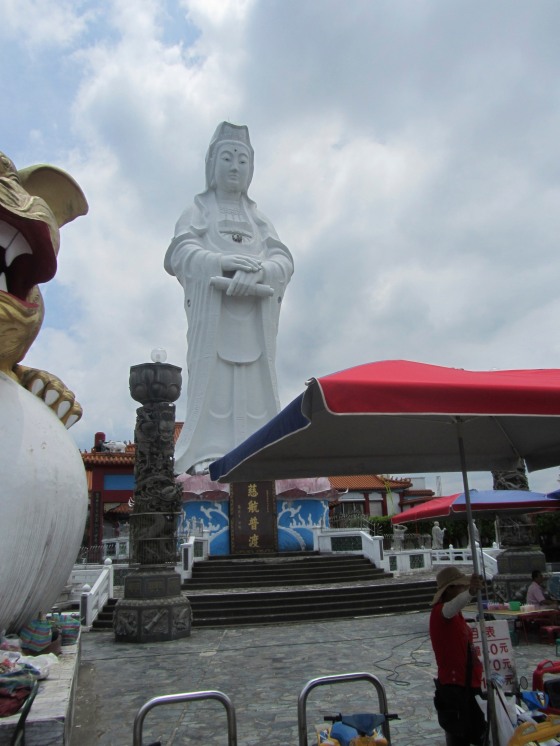 The statue we climbed up

We walked downtown, stopping outside another temple on the way.  By the time we made it into town, I was starved!  We wandered down a small street full of food carts and small open restaurants.  I was deterred by the tentacles on a stick and fried balls of gunk, and ended up going to a safe seeming café across the street.  It offered familiar looking food, but had no English speakers.  My group of 9 had an amusing time ordering!

After lunch, we did a bit of shopping.  There is a theme party coming up, so we all needed items for costumes.  We came back to the ship pretty early to rest up before our Island Frenzy parade. 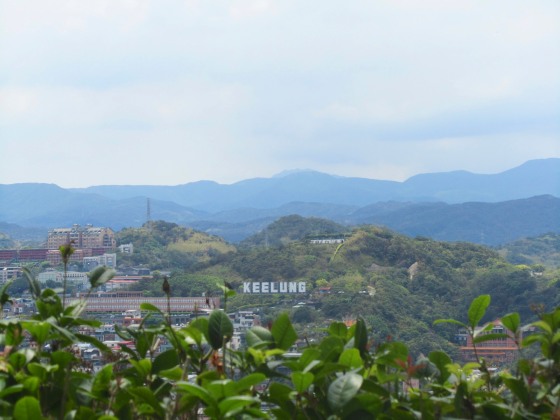 Sunday we stopped in Taichung, but since there were 2 performances that evening, I decided not to get off the ship.  I had a great 2 days in Taiwan, and would love to go back again! 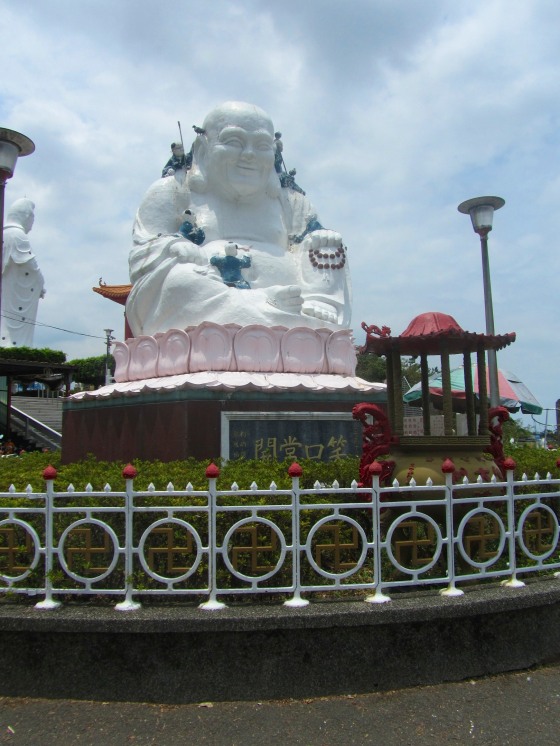 Another statue at the temple

Next, I’ll be returning to South Korea.  Check back soon for tales from Jeju and Incheon and/or Seoul.