Last week, I was finally able to go to Seoul!  We frequently port in Incheon, but taking the train from there to Seoul takes more time than I usually have available.  Since we had an overnight in Incheon last cruise, I decided to make the trek.

I set out with a large group of friends, unsure of what exactly we wanted to do.  We got directions at a tourist information booth in Incheon, then hopped on the train.  Compared to Bart in San Francisco and the subway in New York, the trains in Korea are impeccable! 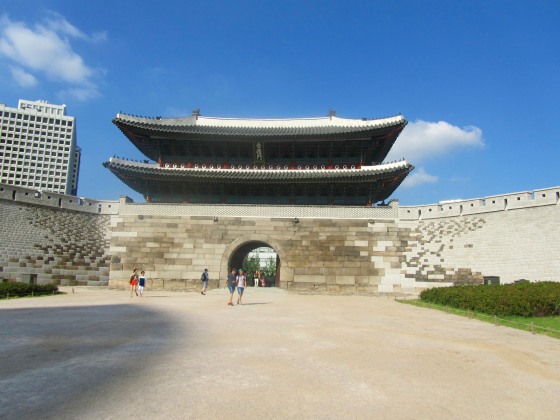 We got off the train downtown and quickly found a palace.  We weren’t able to go inside, but the exterior of the building and the ceiling of the bridge it sat on were beautiful.  Next, we wandered through a market before stopping at a café to refuel.

When we hit the street again, we came across a lovely fountain.  We then set out to find another palace.  On the way, we had to go underground to cross the street.  We had an unfortunate encounter with a screaming Korean woman.  I am still not sure why, but the woman was shouting, at no one in particular at first, then she started directing her anger towards us.  She came dangerously close to slapping me, but luckily my dance captain came to my rescue.  We quickly went upstairs, and luckily were not followed.  My heart was beating so fast!

We saw a very tranquil looking area nearby, and decided that would be a great place to calm our nerves.  The area was actually a palace built in the Joseon Dynasty called Deoksugong.  The grounds have temples and beautiful gardens, as well as Western style building that is now an art museum.  The sun was setting while we were walking around, and the soft light and gentle breeze were wonderfully refreshing! 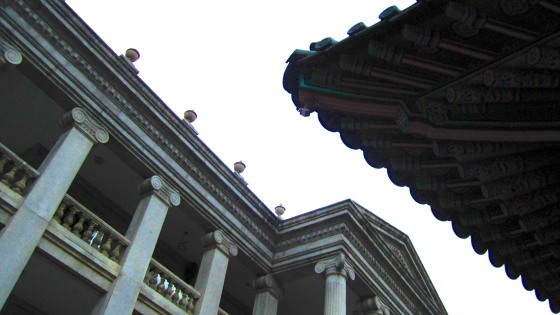 Upon leaving, we heard music.  Following the sound, we came across an outdoor children’s concert.  We watched a little boy play the harmonica and heard a group sing a folk song before we moved on. 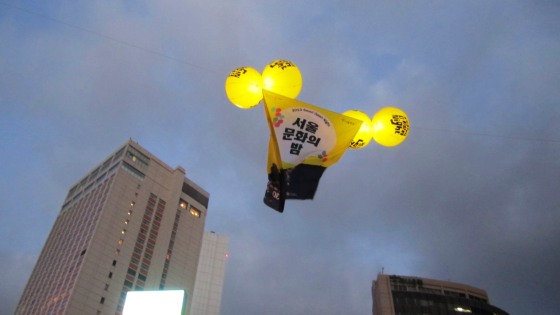 Our final stop was dinner!  We found a delicious Italian restaurant near a shopping mall.  I’ve been surprised how good Italian food is in Korea!  I was grateful for the walk back to the train station, after stuffing my face with pasta and bread.  The train ride home seemed extra long, but wasn’t too difficult.  We got a shuttle back to the ship when we got to Incheon, and were “home” shortly after midnight.

I don’t know if I will have another opportunity to go to Seoul this contract, but I enjoyed my day there, and would love to see more!