About 12 hours after a connecting flight from Boston Logan Airport to Richmond, VA, I was headed back to the airport to fly to Boston! Why, you may ask, did I bother going to Virginia? There are a few reasons. First of all, I had 125 lbs of luggage that I did not want to cart around any longer than necessary. Second, that luggage was filled with Caribbean wear, which is far from appropriate in Boston in late October. Third, the purpose of my Boston trip was to help and spend time with my sister, who was waiting for me in Virginia. 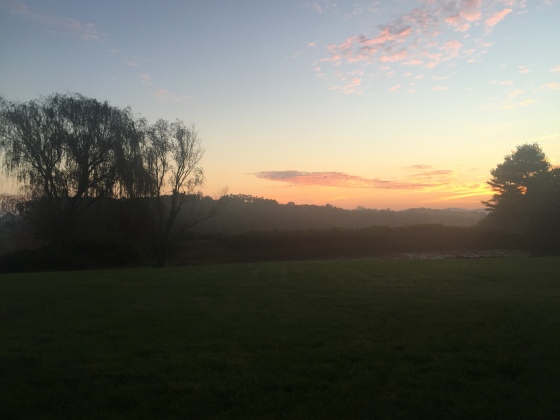 My sister and her husband recently moved to Boston, and she was picking up a few items they’d left behind while visiting for a wedding. An extra person (me) meant she could pack up more things! Our initial itinerary had us flying through Philadelphia, but due to delays and cancellations, we ended up going through Charlotte. The flights were pretty painless, and gave us time to start catching up.

On our way to her apartment, we picked up her adorable new puppy, Chloe. We spent the afternoon cleaning up, relaxing, and playing with the pup, then went to Snappy Sushi for dinner with my brother-in-law (now referred to as BIL). We ordered edamame for the table, and Sister and I shared Tuna Gone Wild and Makemaki Rolls. Both were delicious! 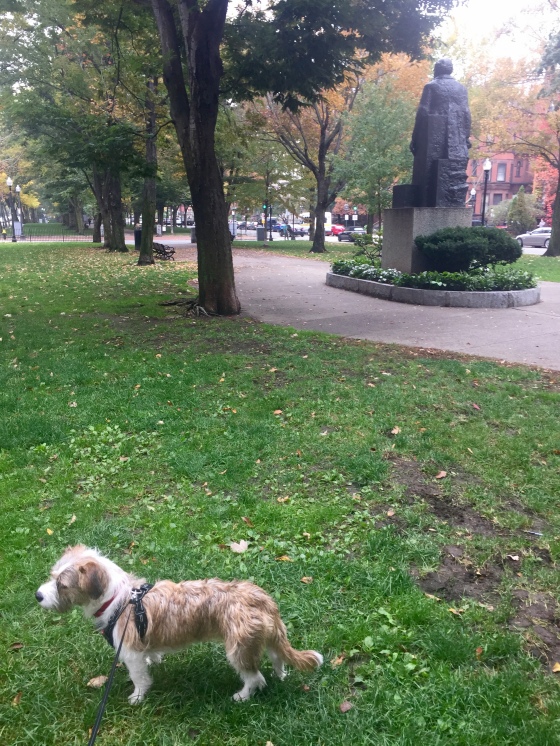 Walking with the pup

The next day, my hosts both had to go to work, so I Chloe and I were left to fend for ourselves. We started the day with a walk to Wired Puppy. We sat outside while I enjoyed coffee and a large berry scone, then continued down Newbury Street for a bit of shopping. MAC and Blue Mercury were dog-friendly, so I was able to get the moisturizer and makeup items that I’d run out of towards the end of my contract. The excitement of shopping seemed to wear Chloe out, so we strolled back to the apartment through the park on Commonwealth. She flopped on the couch while I cleaned the blinds (I know… I’m such a good sister), and we enjoyed a dinner at home when Sister and BIL returned.

The following morning I slept in, then slowly made my way toward Chinatown, stopping at Barrington Coffee Roasting Company on the way. I met BIL outside his office, and the two of us went to Taiwan Cafe for lunch. A couple years ago, I dubbed him my Life Coach, as he is very easy to talk to, and can give advice that is not swayed by sisterly concern. Since I have recently had some hurdles and changes in my personal life, I was happy to have time to talk with him. It was also a nice opportunity to hear about his new job, and how he is adjusting to being in a new city. On my way back to the apartment, I took advantage of the sunshine and meandered through Boston Common. 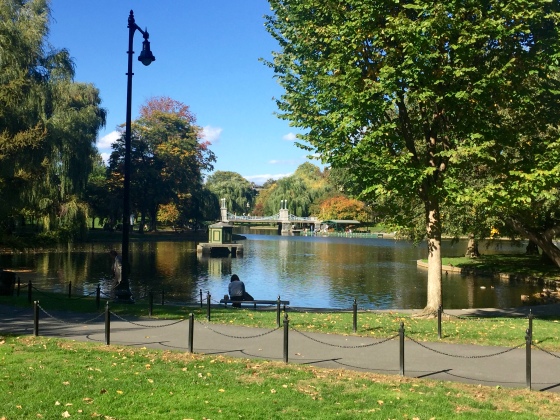 Later that afternoon, Chloe and I went to Back Bay Florist to get a gift for my hosts. The owner was incredibly helpful, creating a custom bouquet based on the colors and price range I requested. He is currently looking for a dog, so he was full of questions about Chloe! That evening, Sister and I walked to the South End to meet her friend for dinner at a new wine bar/tapas restaurant called Barcelona. We initially sat at a table inside, but because of the noise, we requested to move outside. Because of the inconvenience, the manager graciously brought us a few dishes. Everything dish we were served was unique and full of flavor. Our cocktails were also pretty remarkable, and I could’ve eaten an entire loaf of the bread! It was a fantastic dinner!

Bouquet from Back Bay Florist

Earlier in the week, I emailed GYROTONIC® Boston Central to inquire about group classes. They are currently only offering private sessions, but the owner said I could come in for some self-practice whenever I wanted. Thursday morning I finally made it! The studio had nice big windows, multiple pulley towers, and a few pieces of specialized equipment. The owner and other trainers were very friendly, and I was able to enjoy an hour of working out. If I was in town longer, I definitely would’ve returned! I stopped on my way back for a Keen-WHAT salad at Mother Juice, and then took Chloe for a walk. We met a gorgeous golden retriever and a couple other neighborhood dogs. That night, Sister, BIL, BIL’s friend, and I went to dinner at Boston Chops. I ate a delicious filet mignon, and enjoyed the banter between BIL and his friend. Sister and I joined in quite a bit, but sometimes just let the boys be boys. 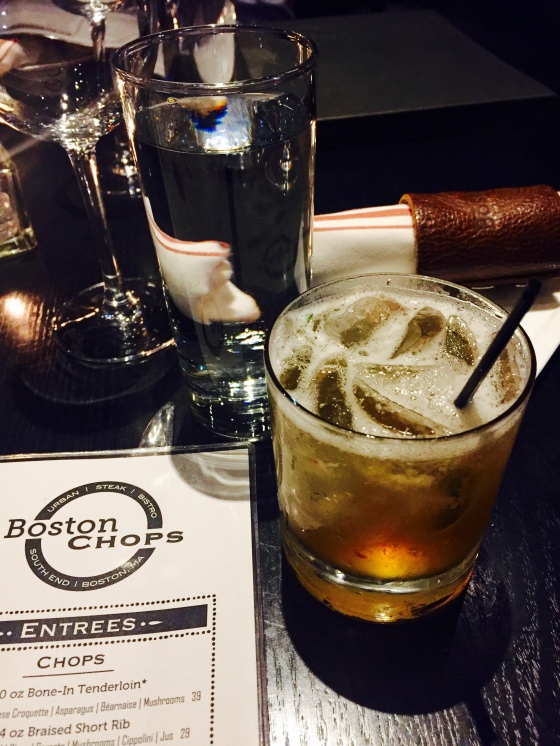 The next morning, it was time to return to Virginia! I had a great time with my sister, and loved exploring Boston. I’m looking forward to another visit net year!